LATEST NEWS
Prev Next
What Is a CAD Inspection Plan and Why Do You Need One?
Webinar - Solving Additive Manufacturing Challenges with Advanced 3D Scanning Technologies
ZEISS to acquire Capture 3D to extend its industry expertise in 3D measurement and inspection soluti ...
How to Use GOM Software Hotkeys and Shortcuts
Getting Started with the GOM Software User Interface
Request a Demo!
Drop files here to upload 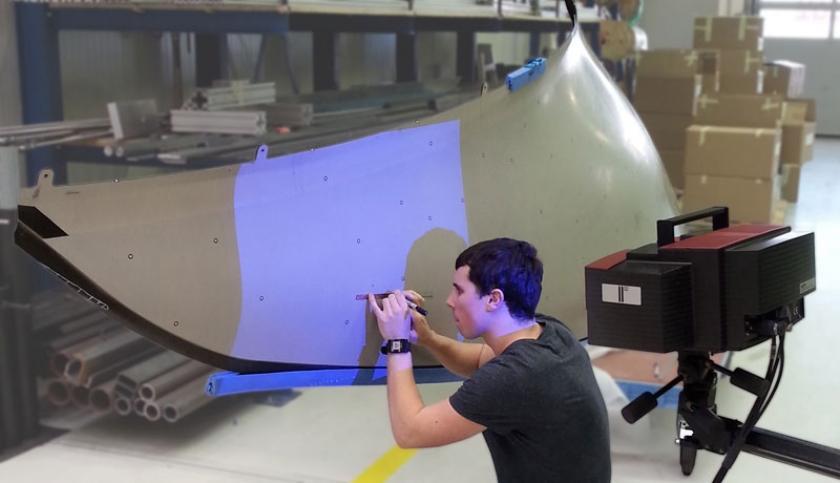 To reduce weight and fuel consumption, the aerospace industry increasingly relies on lightweight materials and new material combinations. That’s why the entire fuselage of the Airbus A350 XWB consists of carbon fiber composite (CFC) materials.  In total, the long-haul aircraft reaches a CFC portion of 53%. In addition, Airbus uses materials such as titanium and new aluminum alloys. As a result, the A350 consumes about one quarter less fuel than conventionally constructed aircrafts and environmentally harmful CO2 emissions are reduced correspondingly. 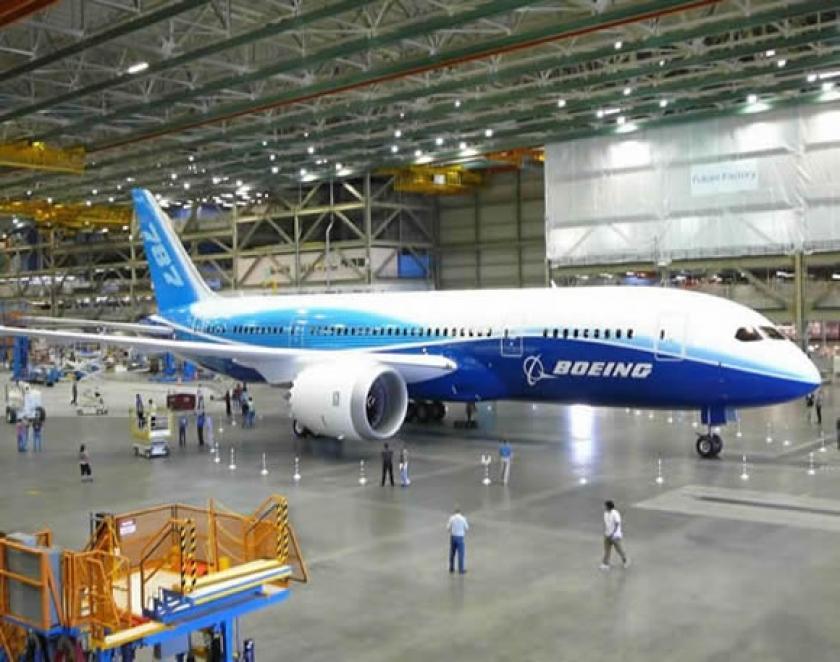 Boeing relies on optical metrology to manufacture large-scale drill fixtures, which are used to position parts with maximum accuracy for assembly at key points in production. To do so it has chosen to use the TRITOP photogrammetry system and the ATOS optical 3D digitizer, which initially capture existing fixtures during a fast, efficient and precise process in the production environment itself. The 3D data supplies the information needed for rapid manufacturing and reproduction with CAD/CAM processes. The metrology systems can also be used to inspect finished fixtures. Optical measurement technology therefore guarantees an efficient and precise production as well as quality controls on component fixtures. 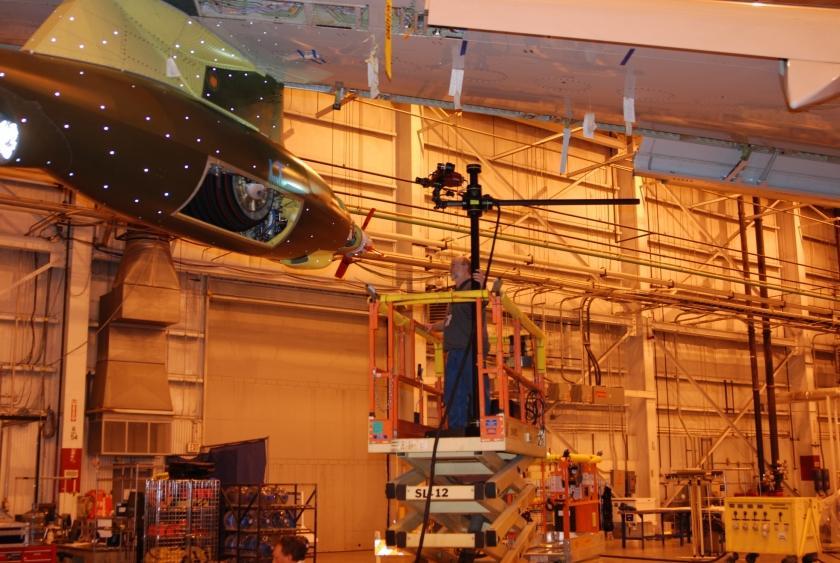 By using the Normal or As-Built condition of an object to lay out construct and design in 3D space.  Obtaining and use of actual measurement data that allow virtual product modeling for purposes of design, manufacturing, and support. This can also be used to convert physical master tools to virtual tools. 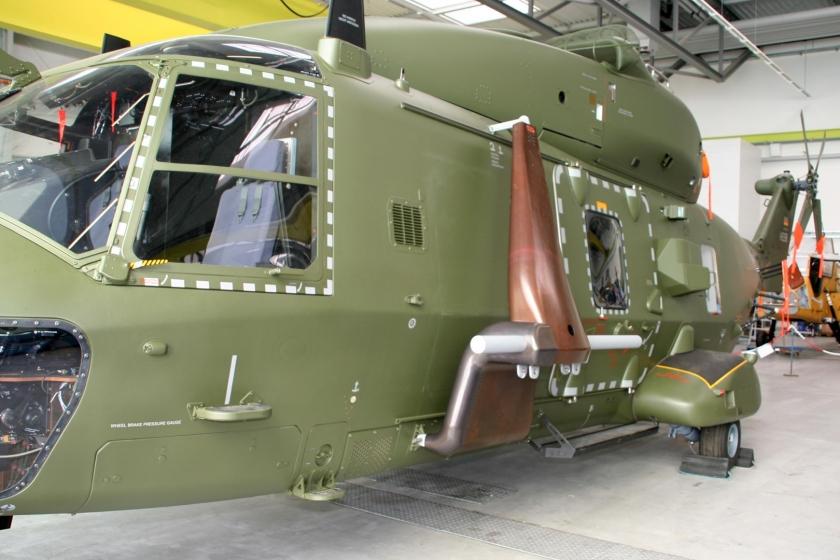 This presentation shows examples of how ATOS is being used at Eurocopter for optical measurement and inspection. 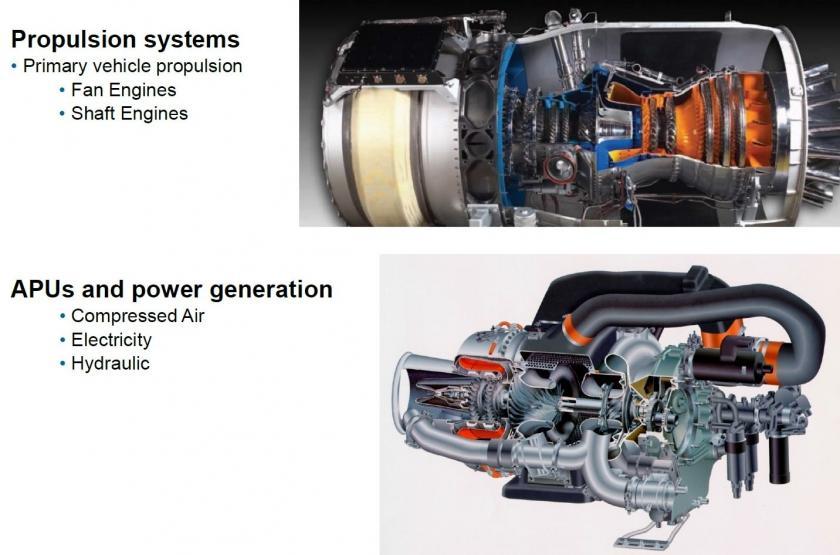 Honeywell is a leader in manufacturing aircraft turbine engine components and this presentation outlines their company background and a few case studies. 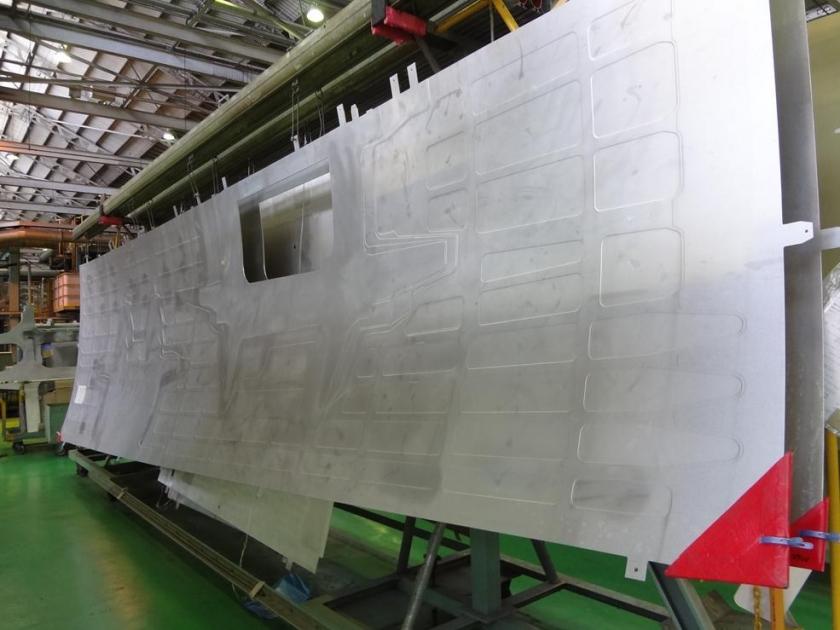 In this presentation by MTU Aero Engines describes how TRITOP photogrammetry and ATOS 3D scanner are utilized for measuring and the dimensional analysis of critical turbine engine components for the aerospace industry. 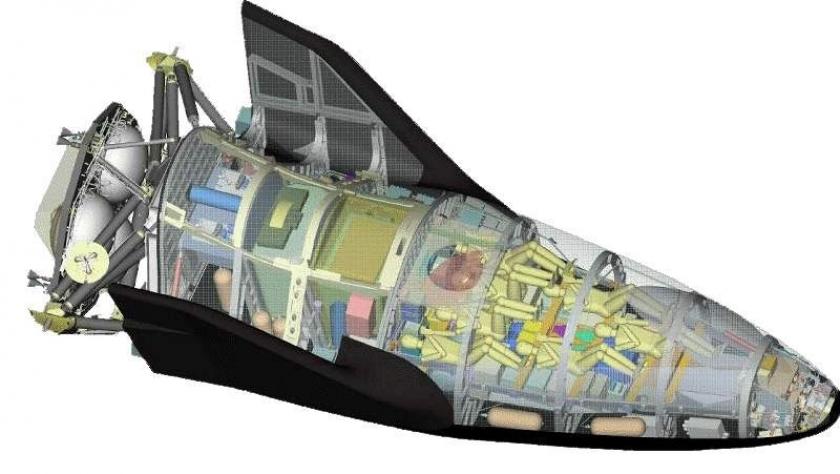 In the 90's, NASA started to develop the Autonom Crew Return Vehicle X-38. This vehicle is designed to bring up to 7 astronauts in an emergency case safe back to earth. For this development, flight and landing test were made from increasing dropping altitudes. From these experiments, the computer simulation can be confirmed and refined to allow an optimization of the design. 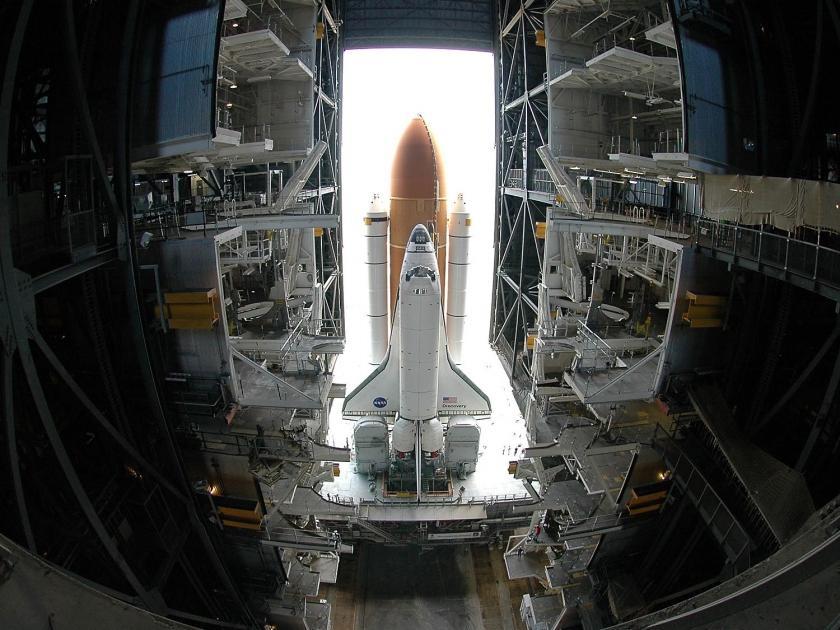 This presentation by NASA was a keynote presentation at the GOM International Conference and the Capture 3D Innovation Users Conference in 2012 that covers 30 years of flight history using GOM optical metrology technology for 3D scanning, inspection, photogrammetry, deformation, strain and material testing. 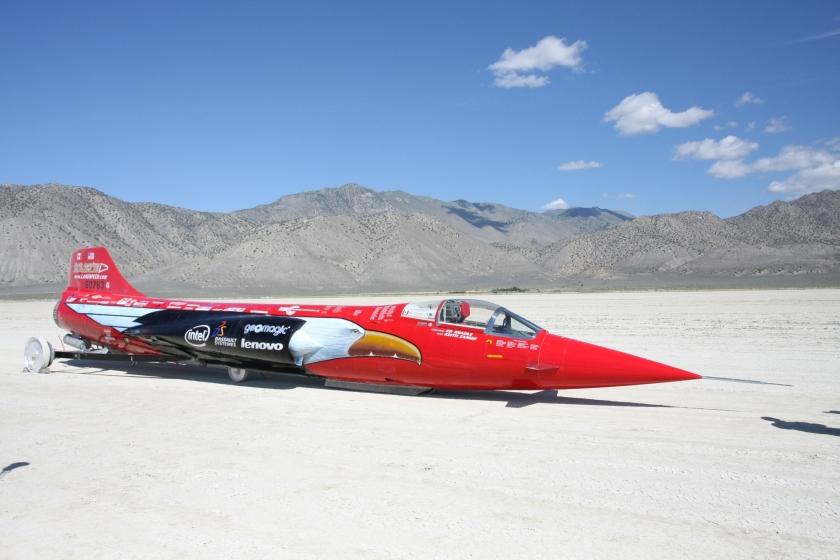 North American Eagle asked Capture 3D to help create a digital model of their vehicle for CFD analysis to help in their attempt to break the World's Land Speed Record.  This presentation will cover TRITOP photogrammetry, ATOS 3D scanning, and the analysis portion. 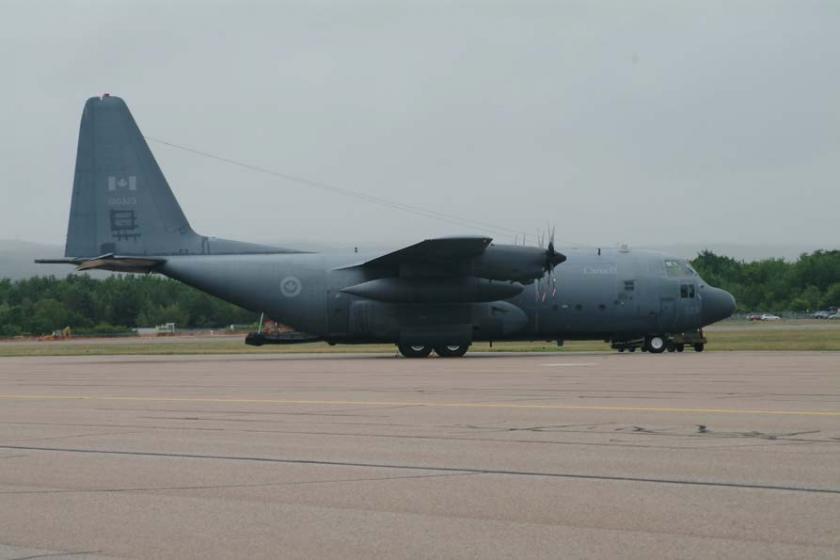 The C130 Aircraft has proven to be one of the most reliable and versatile transportation aircraft for numerous governments.  Canada’s National Research Council was contracted by Canada’s Department of National Defense to share the information with Canadian, British and Australian governments for the C130 Life Extension Program which contracted Capture 3D to obtain a digital model.  The measuring session took place between August 5, 2003 and August 15, 2003 at Greenwood Air Force Base, Nova Scotia, Canada.

Safran Snecma | Importation and utilization of FTA in ATOS V7

This presentation covers Snecma's importation and utilization of FTA, their encountered problems and solutions. 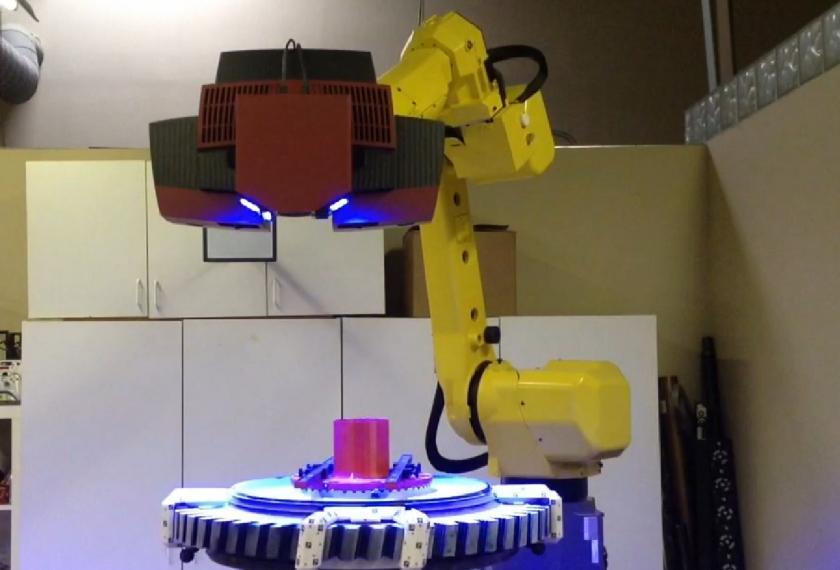 This presentation describes Solar Turbine's integration of ATOS from 2006 to 2014 incorporating automation for higher repeatability, throughput, and productivity for a variety of engineering applications requiring precision metrology. 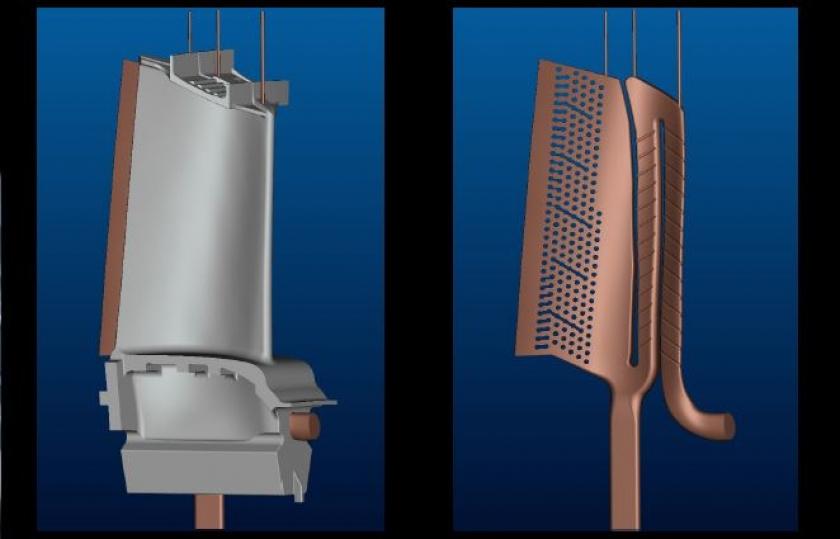 This presentation by Triumph covers the benefits of utilizing simple and cost effective reference frames for measuring airfoils for reverse engineering and inspection applications.  Reference frames are pre-measured and can be utilized over for similiar parts within the same size.  This allows for target-less scanning with a high degree of accuracy. 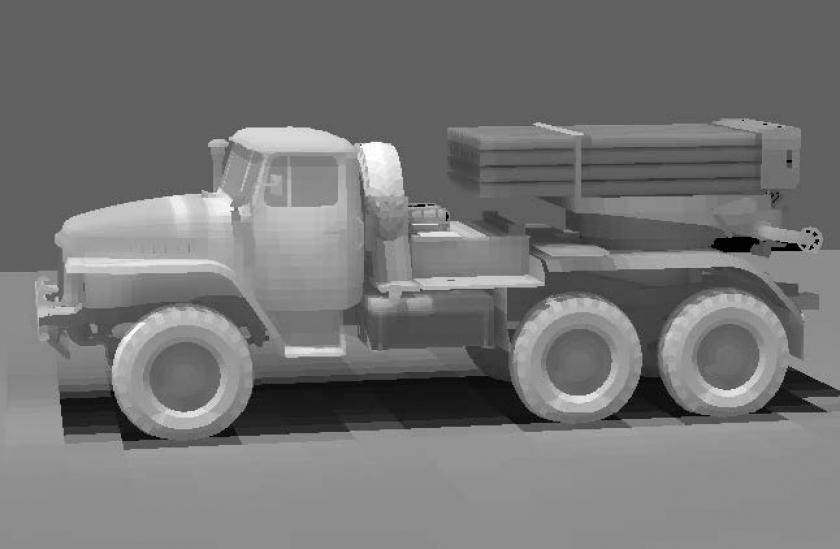 The Virtual Targets Center provides weapon system developers, testers, evaluators and trainers with target geometries and simulation model inputs of variable resolution in multi-spectral domains, to answer the life-cycle simulation needs in support of the soldier. 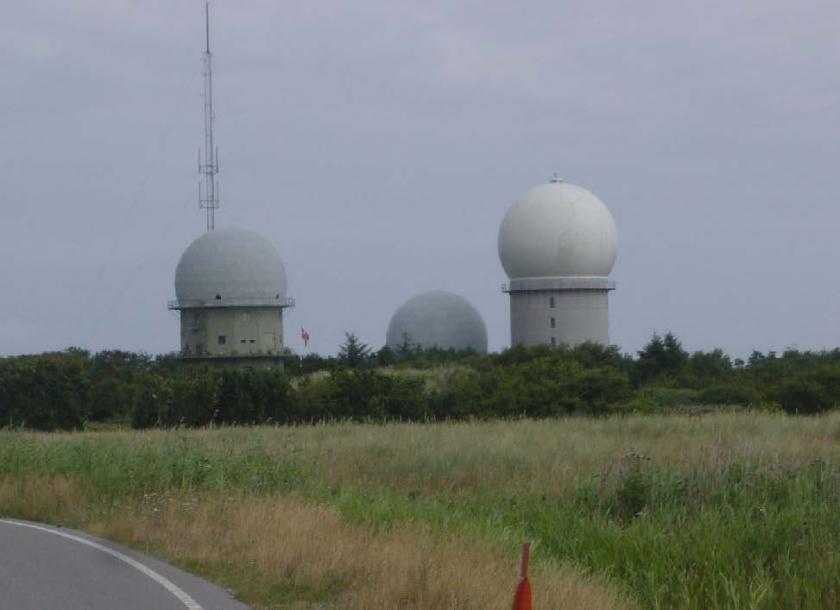 This presentation shows examples of TRITOP photogrammetry applications for aerospace and offshore applications.