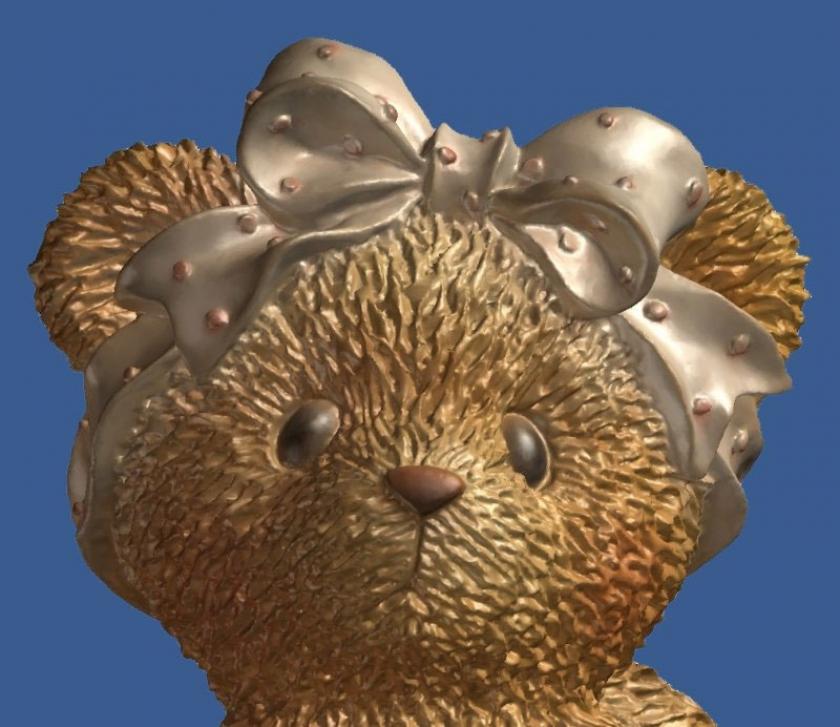 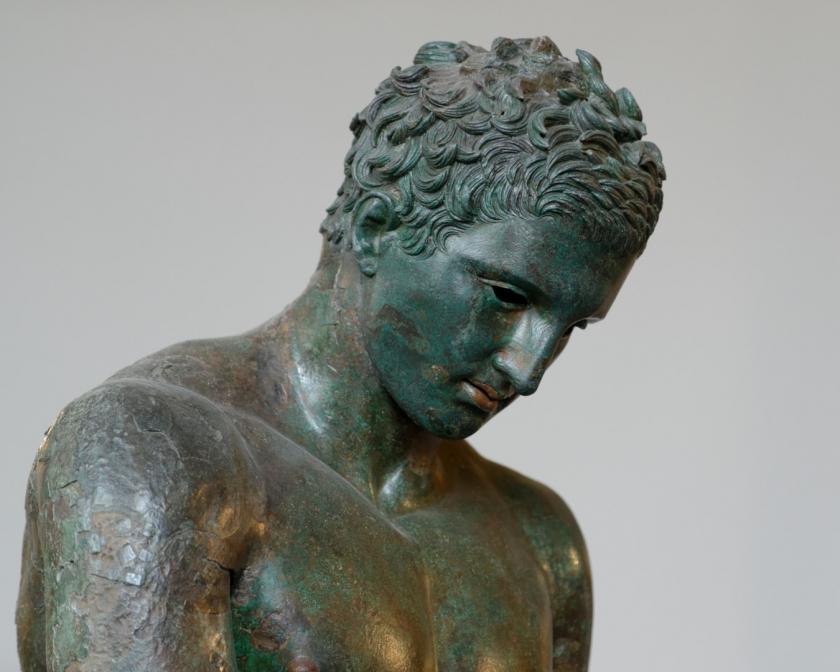 Apoxyomenos, an ancient bronze statue of an athlete scraping off oil and dust from his body after a competition, was found in 1999 in the sea close to Lošinj, a Croatian island (Fig. 1). Investigations suggest that it might be an original Greek statue dated back to the 4th century BC, or a Roman copy of this statue. Since only a few original Greek bronze statues remained, Apoxyomenos is an extraordinary example of the world cultural heritage, therefore restoration and determination of its origin is of great importance. Despite structural damages, erosion and fused sediments caused by centuries of underwater stay, specialists in the Croatian Conservation Institute in Zagreb already succeeded in bringing the shine of the statue to light. 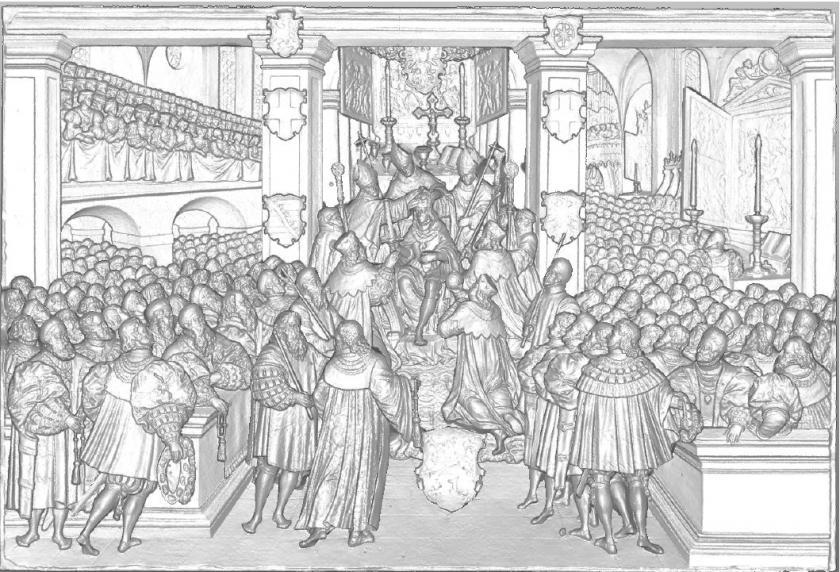 The cenotaph of Maximilian is located in the Hofkirche/Tirol. For centuries the tomb was separated from the visitors by a black iron lattice. In addition, the fine caved marble plates were covered by glass. Because of a basic conservation and restoration of the tomb, lattice and glass plates were removed for the first time ever since its construction in the 16th century. For a short period in May 2002 all sides were accessible. This time slot could be used for a complete metric documentation of the object. 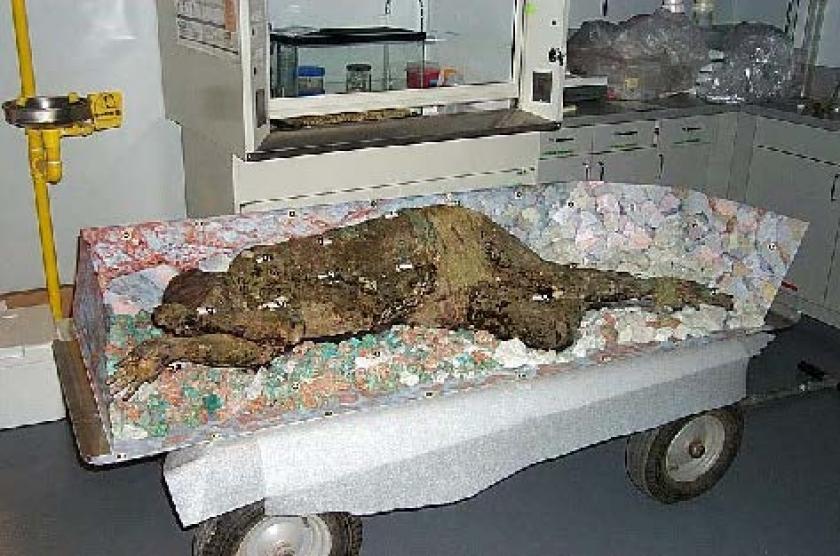 Entertainment for Recreation of a Famous Chilean Mummy

Scansite was contracted to recreate a Chilean mummy with ATOS optical non-contact 3D scanner.  This presentation also gives an overview of their other art and sculpture projects they have digitized. 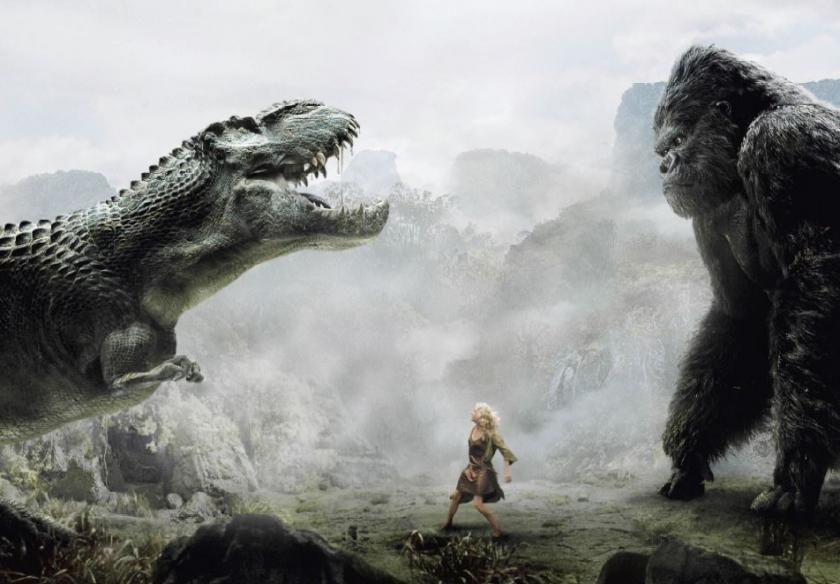 Samples of where ATOS 3D scanning has been utilized within the entertainment industry for movies, video games, toy design, and visual effects. 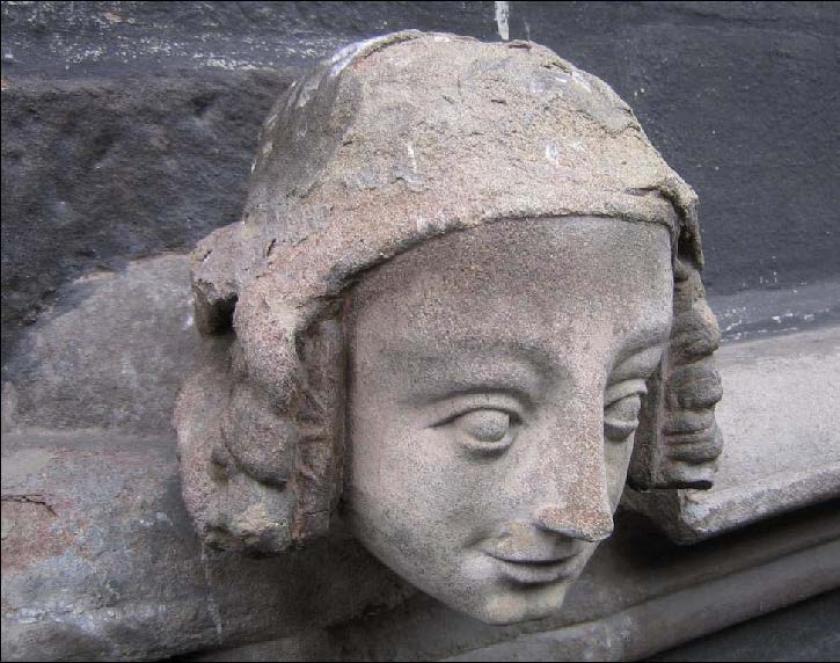 This presentations details how 3D digitizing offers new possibilities to cultural heritage recording and reproduction. In that case 3D accuracy is critical issue. It is important to be able to merge several kinds of data (i.e 3D digitalization with high resolution numeric photography). The use of accurate 3D digitizing is of great help in comparison – it is possible to verify if sculpture by casting have used the same mold.