LATEST NEWS
Prev Next
The Checklist Every Professional Needs for Choosing a 3D Scanner for 3D Printing
What You Need to Know Before Implementing Automated Inspection
Digital Transformation for Digital Engineering in Manufacturing
Your Guide to Choosing the Best 3D Scanner for Small Objects
What's Changed in Metrology Today - A Guide to Modern Metrology
Request a Demo!
Drop files here to upload

3D Scanning in the Forensic Field

It is the task of forensic medicine to scientifically and clearly document, analyze and explain medical results of the living and the dead for the administration of justice. Forensic molecular genetics (DNA) and forensic toxicology already started to use high-tech methods. Due to the technological developments of recent years, the institute of forensic medicine of the University of Bern, Switzerland, and the scientific service of the municipal police Zurich decided to evaluate and validate modern, non-invasive, three-dimensional documentation and analytical methods.

As soon as a crime was committed or an accident happened, all traces need to be secured. The knowledge and results gained from that are documented scientifically. Based on such circumstantial evidence, a crime or the sequence of events can be reconstructed, analyzed and explained for jurisprudence.

In order to obtain a complete documentation, the University of Bern uses different techniques, allowing the three-dimensional acquisition of results.

The modern 3D digitizing technology offers new possibilities in this field. The precise ATOS 3D scanner and TRITOP photogrammetry provides an excellent quality when capturing shapes and deviations. The system precisely records the actual shape of a person or thing as well as deformations of any kind, visualizes the results graphically, analyzes and documents them. Thus, for example, it is possible to find out what tool might be the weapon involved, what injuries were caused how, what shoe corresponds to the footprints or what damage was caused by what obstacle.

The institute of forensic medicine of the University of Bern and the scientific service of the municipal police Zurich use ATOS and TRITOP for their work and can easily and precisely measure smallest objects (e.g. the surfaces of weapons involved) up to entire vehicles. ATOS.

By digitizing a respective intact vehicle the scanned data of the damaged cars can easily be compared with each other. 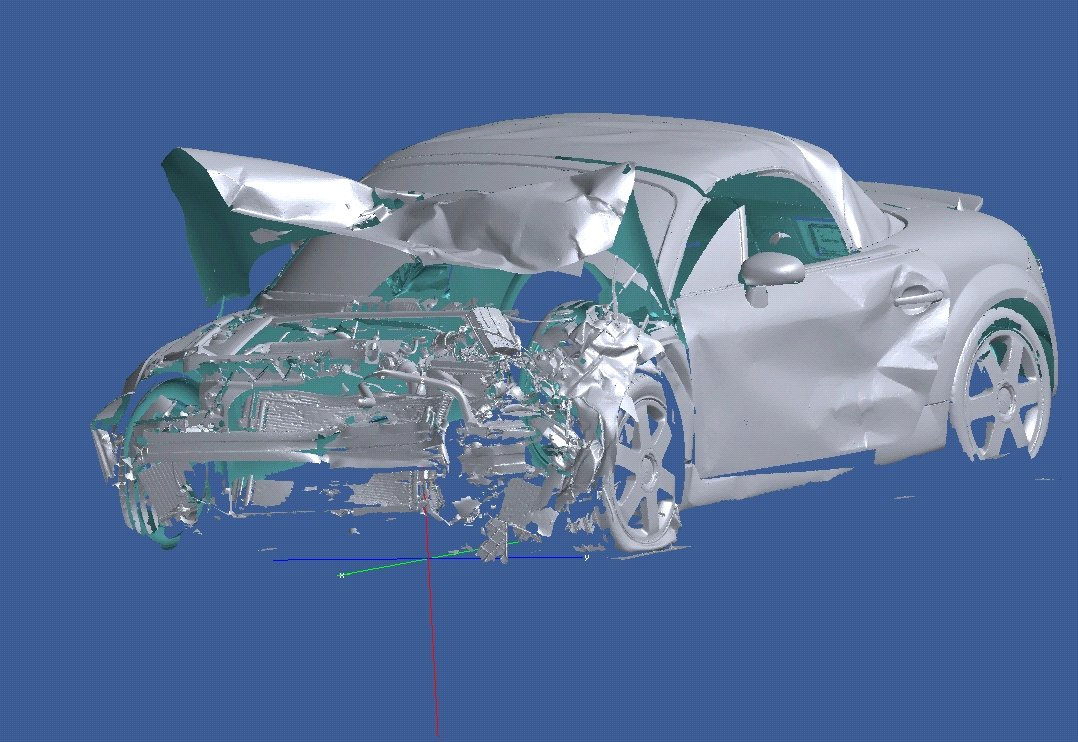 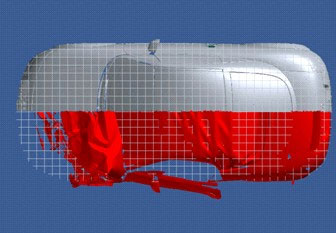 As the measuring data is transformed into the coordinate system of the reference vehicle, the deformation can be quantified and information about, for example, the impact speed can be derived. 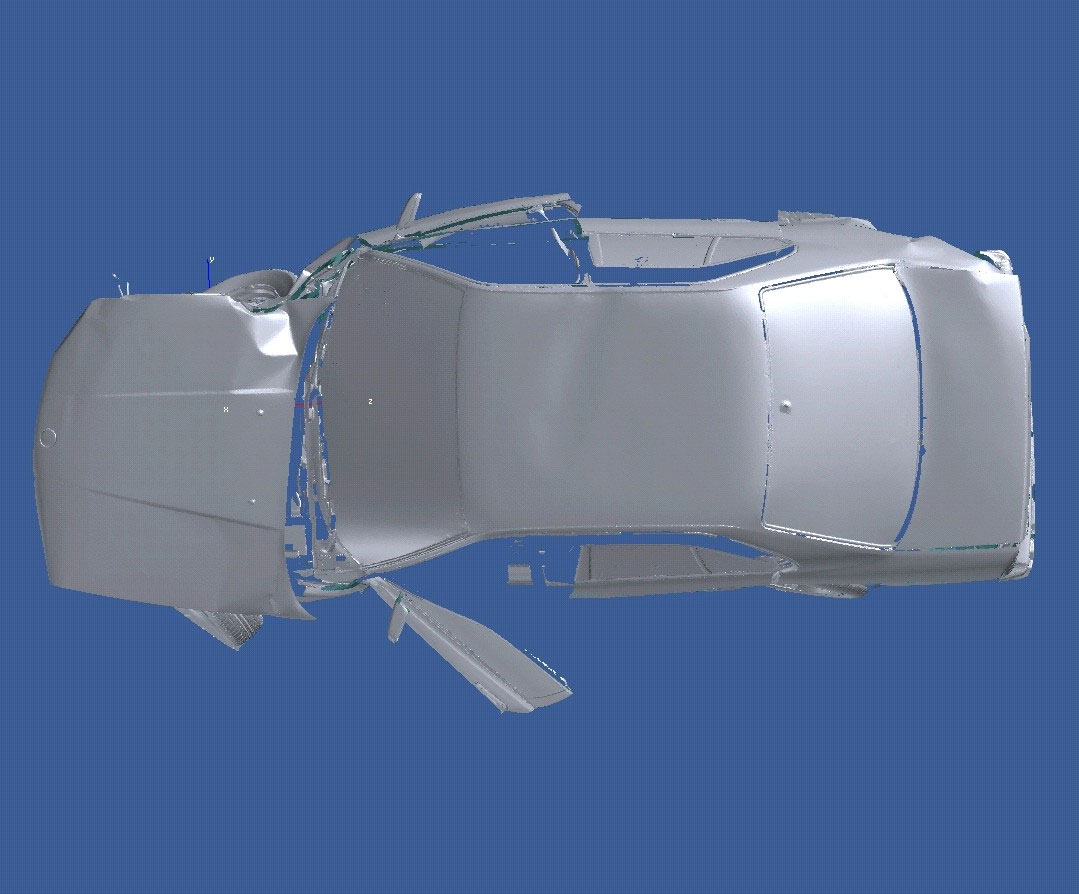 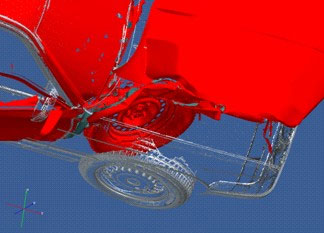 In addition, it is possible to reconstruct a rear-end collision digitally by digitizing both vehicles and the torn off bumper and comparing the data sets with each other. 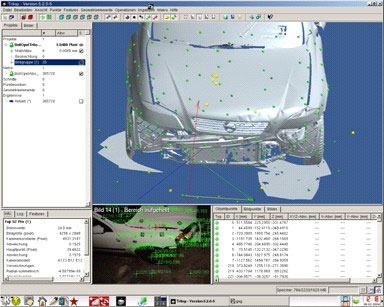 For other kinds of accidents, like in air traffic, the digitized data of the damaged parts give information about the sequence of events and/or the accident cause. The image below shows the propeller of a light aircraft which crashed because of a wire rope. The impact mark is clearly visible in the measuring data. 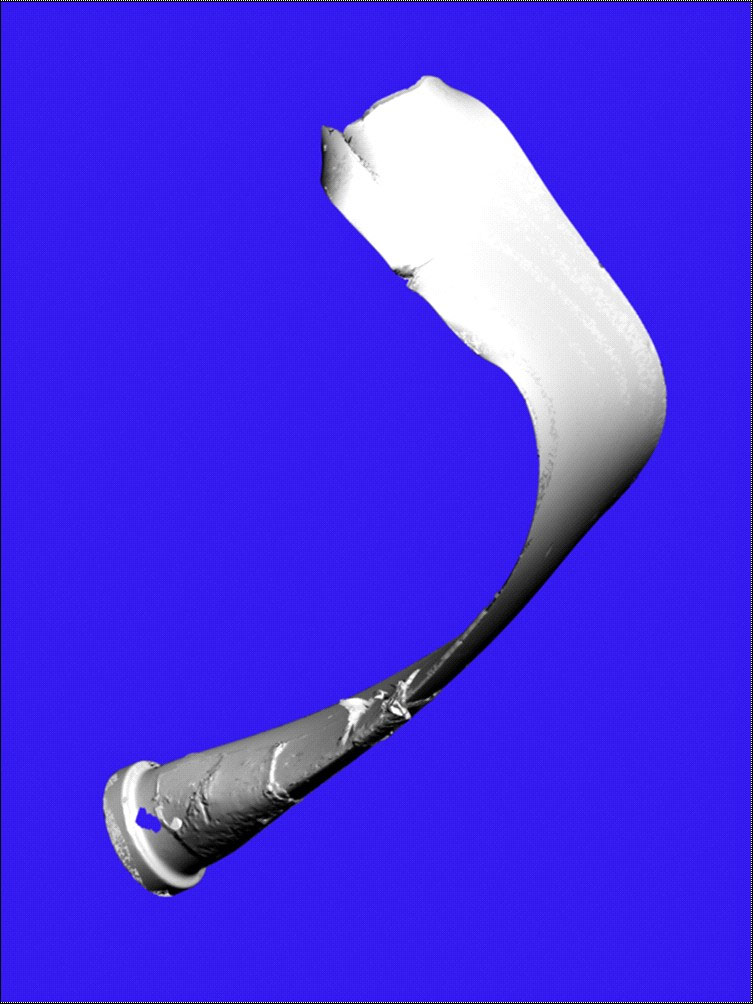 An example of forensic medicine shows the successful use of ATOS in this field as well. The arm, injured by a bite and showing respective traces (a so-called formed injury) was scanned, just as a model of the set of teeth of the suspect. The digitized data of the teeth impression and of the bite traces were compared with each other and the scale 3D analysis proved a good "fit." 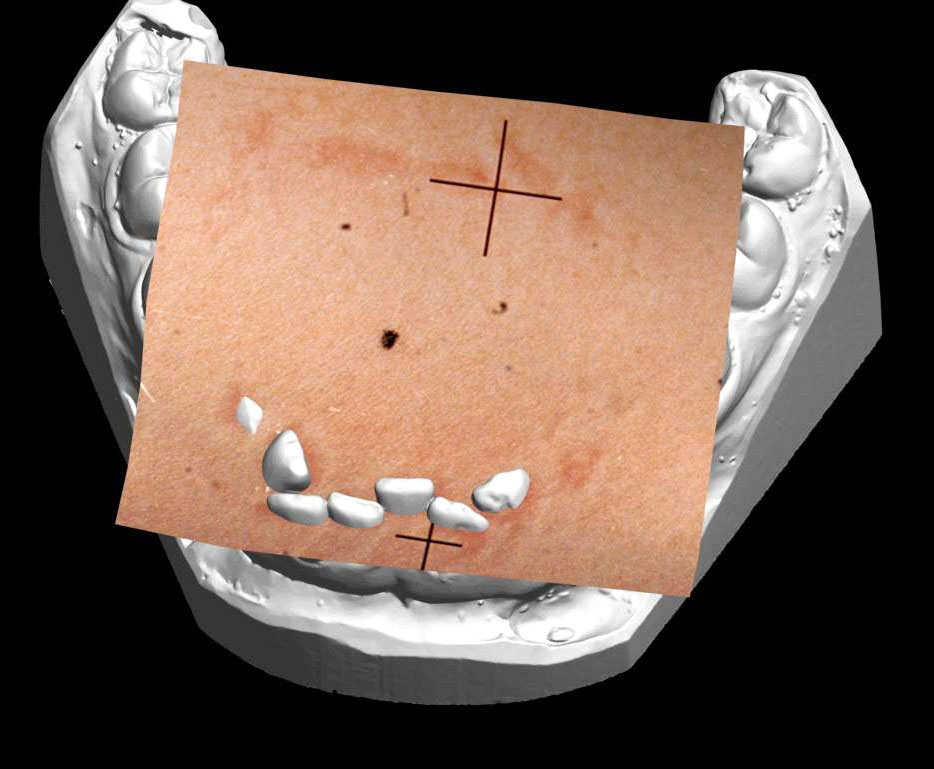 We would like to thank the Institute of Forensic Medicine of the University of Bern and the "Wissenschaftlichen Dienst" of the "Stadtpolizei Zürich" for their good work with the ATOS 3D scanner and TRITOP photogrammetry systems. 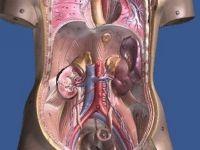 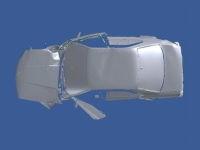 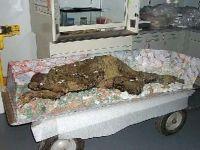 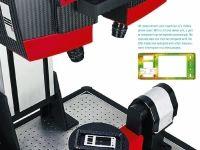 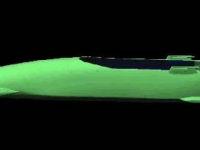 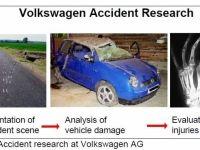