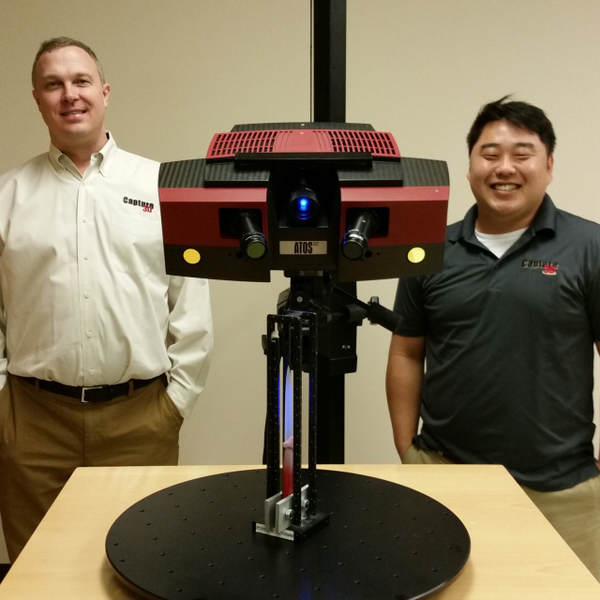 "The challenge was a fantastic way to broaden our exposure to potential new players and new technologies," said Wayne Spence, Chief Manufacturing Engineer. "Only two of the organizations that participated were previously known to us, and it’s inspiring—and eye-opening—to see such a broad variety of submissions from around the globe."

Capture 3D used its ATOS Triple Scan III non-contact blue light 3D scanner, capable of measuring up to 8 million points per scan, to complete the challenge. "We were excited to have the opportunity to participate," said Capture 3D Sales Engineer Marc Demarest. "Innovation advances a current state. By innovating and sharing that knowledge, we are pushing each other to continually thrive for progression, improvement, and optimization.

Participants entering the challenge had to demonstrate the ability to automatically inspect the blade portion of an off-the-shelf Victorinox paring knife in three minutes or less with accuracy of 10 microns and repeatability of 5 microns. The paring knife was selected as a low-cost proxy for turbine blades. In addition to accuracy and repeatability, participants also had to demonstrate their system would work in a manufacturing environment with dust, vibration and variability in lighting and temperature.

As winner of the challenge, Capture 3D receives a $15,000 cash prize, and is eligible for a $35,000 developmental grant to aid in collaborative development and refinement of their winning inspection technology.

GE sponsors open innovation challenges across its industrial businesses as part of its embrace of entrepreneurial thinking, collaboration and commitment to accelerating outcomes. "We are constantly challenging ourselves to be faster and simpler while putting the customer first," said Lisa Ralph, Open Innovation Leader at GE Corporate. "Innovation challenges are a unique way to rethink what’s possible by collaborating with entrepreneurs, universities and the broader global community to ideate, test and commercialize promising new technologies. It is an exciting and inspiring process that celebrates cognitive diversity and taps into the spirit of innovation that has been at the core of the company since its founding by Thomas Edison."

GE Aviation (MRO Americas Booth 1432) is an operating unit of GE (NYSE: GE), is a world-leading provider of jet, turboshaft and turboprop engines, components and integrated systems for commercial, military, business and general aviation aircraft. GE Aviation has a global service network to support these offerings.

Tweet
More in this category: « COVID-19 Message: Getting Through This Together
back to top